Henderson is framed by nature. The river rolls. The birds fly. Home to John James Audubon, W.C. Handy, and others who turned life into beauty, art, commerce, and success. Henderson captures what’s inside of you, then brings it out. A vibrant downtown. River up close. With nature and history as its backdrop, it inspires. Anything is possible. Come, choose your path, and stride into it with determination. Henderson is a place where you can truly “discover your nature.” On behalf of the Henderson Tourist Commission, we look forward to welcoming you to Henderson County. What will you discover? 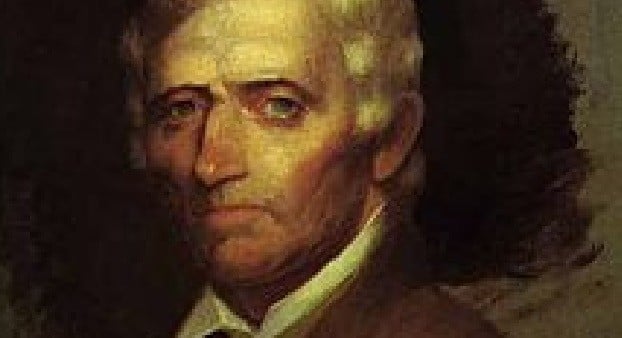 Historic Henderson, home of four Kentucky governors, occupies part of a 200,000-acre land grant deeded in 1778 to the Richard Henderson Land Company by the state of Virginia. Originally, Colonel Henderson and others had purchased from the Cherokee Indians the territory containing some 17,000,000 acres of land, which included most of the area that is now Kentucky. This purchase was voided by the Virginia legislature. Subsequently, the 200,000-acre tract was granted to Richard Henderson and Company in recognition of the $50,000 paid by the original land company to the Cherokee Indians in the Treaty of Watauga. Land in that grant is included in the present boundary of Henderson County.

The area comprising Kentucky, originally known as the great hunting and fishing mecca of Native Americans, was first seen by a group of men including Thomas Walker and Daniel Boone, who found their way into the area through the Cumberland Gap. Boone reported to Colonel Henderson and his associates that this virgin timberland crisscrossed with navigable streams, was excellent for the development of agriculture, with access to foreign markets through New Orleans via the Ohio and Mississippi Rivers.

General Samuel Hopkins, a Revolutionary officer acting as agent for Colonel Henderson, and Thomas Allin, surveyor, laid out the City of Henderson. They completed the plan on April 6, 1797. This is now considered the city’s birth date

Samuel Hopkins: Samuel Hopkins, portrayed here with the Transylvania Company’s land surveyor, is credited with helping to establish Henderson County. Courtesy of the University of Kentucky.