Henderson, Kentucky is full of uniqueness. From our festivities & wacky weather to our southern sayings & history, these are specific sayings you might hear from a Henderson local: 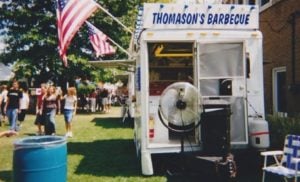 Barbecue is kind of a big deal in the South and baked beans are a big part of Henderson’s local food culture. Thomason’s Barbecue recipes have been passed down through owners since the restaurant opened in the 1960s. Locals and out-of-towners alike share a love for Thomason’s baked beans. Reviewers have said the “BBQ beans are world-famous,” and one reviewer drove from Illinois just to get them! 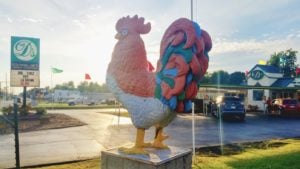 Fried chicken is another southern staple, especially in Kentucky. No Sunday dinner is complete without fresh fried chicken, baked beans, and rolls. In Henderson, your fried chicken possibilities are endlessly delicious. Hometown Roots, Mr. D’s Drive-In, D&M Grocery, Bangie’s Cafe, Brown Bag Burgers, and Sureway Grocery Stores are some of the well-known local spots for fried chicken. Whether it’s home-cooked or on the go, none of Henderson’s fried chicken will disappoint. 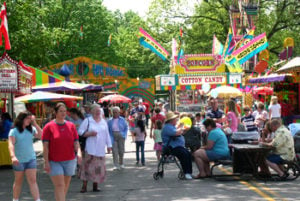 3. “It always rains on Tri-Fest weekend.”

The Henderson Breakfast Lions started Tri-Fest in 1987. The three-day festival is always full of family fun, delicious food, and often times rain. Due to its late April dates, the “April showers” almost always come through. Since 1987, the festival has given more than $600,000 in grant funds to the community. Hendersonians love the annual Tri-Fest festivities and food– rain or shine! 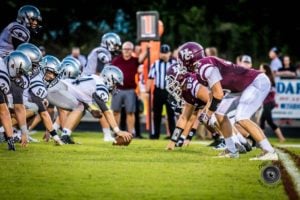 4. “The County game is Friday night.” 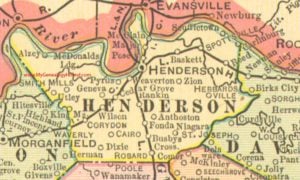 There are several small, tight-knit communities within Henderson County. The small communities on the outskirts of the county are a major part of Henderson’s culture. They are home to our beloved country stores, farms, and hometown hospitality. Each has its own way of pronouncing its name, like Robards, Cairo, and Corydon. For example, Cairo is a community that can often be pronounced like Cairo, Egypt; however, the two are vastly different in location and pronunciation. 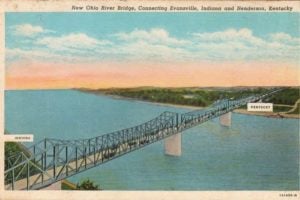 Highway 41 is a busy, booming part of Henderson. “The Strip,” as locals call it, is a 1.5 mile stretch of Highway 41 when you enter Henderson, Kentucky from Indiana. This stretch is home to a number of lodging, dining, and shopping options. The road sees interstate-level traffic at about 40,000 vehicles a day. “The Cloverleaf” is, well, a cloverleaf shaped highway interchange that connects Highway 41 and Highway 60. 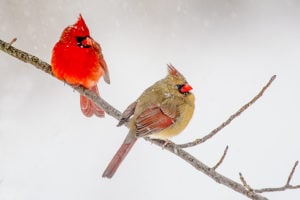 7. “If you don’t like the weather, stick around a couple of days.”

Kentucky is notorious for having 70-degree days, downpours-of-rain days, and snowstorms back-to-back during the winter and transition seasons. Every one of the four seasons can be experienced throughout the year in Henderson. Sometimes you can even experience all four seasons in the span of three days! In Henderson, you’re likely to experience 75 degree December days and flurry-filled Februarys. If there’s one season you can count on in Kentucky, it’s summer. The warm temps and sunshine can never be beaten! 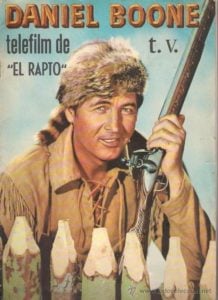 Daniel Boone was a pioneer and frontiersman who is famous for exploration and settlement of what is now Kentucky. When you get to talking to your neighbors and friends about Kentucky heritage, it’s not uncommon to run into a Hendersonian that has family ties to Daniel Boone, Lewis & Clark, and even Abraham Lincoln! 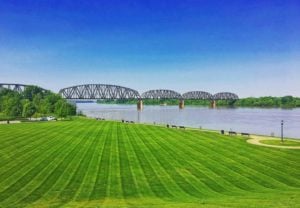 In 1937, 21 inches of rain fell in Henderson over an 18-day period. Many towns located on the banks of the Ohio River flooded drastically, experiencing severe devastation. But the city of Henderson, on its beautiful bluff, was spared from major damage. The term comes from Leigh Harris, publisher of the local newspaper, who wrote, “Henderson is on the Ohio, but never in it!” Today, when Henderson has bouts of heavy rain or snow causing the river to rise, the saying is quickly revived. 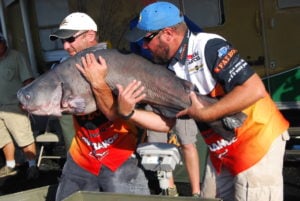 10. “There are fish the size of a Volkswagen in the river!”

Legend has it, many boaters, fishermen, and river workers have told stories about seeing fish as big as a Volkswagen Beetle car in the Ohio River. The largest fish ever caught in the Ohio River was a catfish weighing 178 pounds! In fact, if you type “Ohio River Catfish” into Google, the suggestion “Ohio River Catfish the Size of Cars” will pop up as the first suggestion. At a recent Cabela’s Catfishing Tournament in 2016, the trophy catfish caught that weekend weighed over 70 pounds. Maybe there is some truth to this myth! 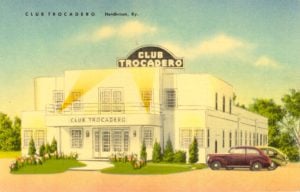 11. “Did you know Henderson was nicknamed Little Chicago?”

From the early 1940s through the early 1950s, Henderson was known far and wide as “Little Chicago.” Accounts of the era indicate that the Henderson area at one time had more than 65 night clubs, taverns, and liquor stores. After the war, GIs came north looking for entertainment, Hoosiers came south with plenty of money to spend, and Henderson welcomed the influx of business! 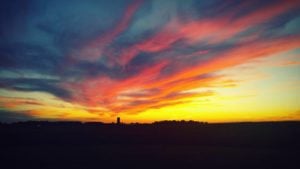 12. “Henderson has the most beautiful sunsets.”

There’s something about the vibrant sky reflecting off the river that makes Henderson sunsets just a little more beautiful than, in our opinion, anywhere else in the world. During the summers and early fall, locals fill social media with landscapes of orange, red, purple, and blue skies over the river. Some locals say the best time of year to view sunsets in Henderson is during fall and early winter. Have your own masterpiece shot from the other side of the lens? Be sure to use #hendersonky and #discoveryournature!

Are you interested in hearing more local stories about Henderson? Visit this link to learn more!